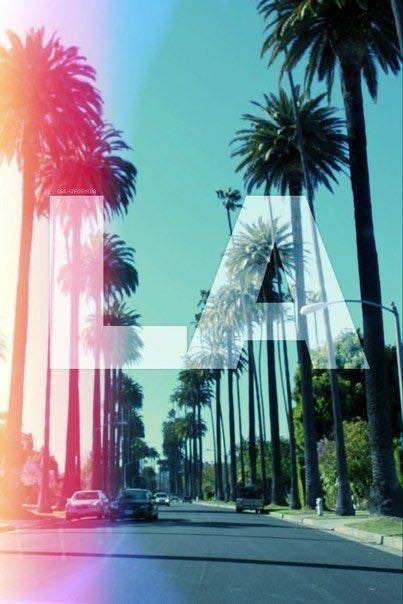 Sure, LA is a movie town (Hollywood and all that,) but it’s also a major music market, with countless musicians, singers, songwriters, and performers calling LA their stomping ground. In addition to serving as the backdrop for many pop culture juggernauts and jam sessions, LA has served as a huge inspiration and major character in many of our favorite musical hits over the years. In this blog post, we’ll take a look at 5 of our favorite songs ABOUT Los Angeles, and as a bonus, we’ll let you know which of our LA tours to take to experience the Los Angeles locations up close and personal. (Bonus points if you sing along.)

No song in the world so brazenly screams “Los Angeles” more than Sheryl Crow’s 1993 mega-hit “All I Wanna Do” – quite literally, the song declares “This is LA!” as the beat kicks in. “All I Wanna Do” rocketed a then-unknown Sheryl Crow to superstardom, peaking at #2 on the Billboard charts, and sweeping the 1995 Grammy Awards in the “Record of the Year” and “Best Pop Vocal Performance” categories. The song features a rollicking beat and lyrics by a poet named Wyn Cooper. At the time, Crow and her musician friends met weekly to jam at their “Tuesday Night Music Club” sessions. Searching for inspiration, Crow’s producer found a book of poetry in a used bookstore in Pasadena, and brought Crow a poem called “Fun” by Wyn Cooper. Crow composed the song to Cooper’s words, finding it easy to sink into Cooper’s narrator character. Once the song became a hit, Crow used the song to promote Cooper’s book, earning him considerable royalties. The song reflects a laid back, LA lifestyle, and is told from the point of view of a character named “Billy,” sitting in a bar and watching his life go by. While the music video for the tune was actually shot in front of the Roxy Theatre in Clarksville Tennessee, you can head to LA’s Roxy Theatre on the famous Sunset Strip to feel like a rock star. The song prominently features “Santa Monica Boulevard” as a repeated motif, and references the protagonist sitting in a bar across the street from a car wash. While Crow does not mention a particular bar as the setting for the song, you can check out any of the bars on Santa Monica Boulevard around West Hollywood for a rockin’ 90’s inspired experience. Our favorite way to experience LA? Take our evening Hollywood Hills Hike and watch the sun go down over Santa Monica Boulevard.

The Roxy (Ok, this is technically Tennessee, but we promise the LA Roxy on the Sunset Strip is far cooler and more star-studded.)

How do you not hear the funky opening talkbox “California Love” and not immediately feel ready to hit the dance floor? The second song on our list of our favorite songs about LA is 2Pac and Dr. Dre’s 1995 smash hit ode to the Golden State. While there are several disputes about the song’s origin, rumor has it that 2Pac first heard Dre’s version of the song (which featured Dre rapping for 3 verses,) at a barbecue at his Calabasas home, and wanted to write his own verse. 2Pac wrote his verse in 15 minutes at the barbecue, and the “west” is history. The beat samples hits from many prolific musicians, including Joe Cocker’s “Woman to Woman,” and Ronnie Hudson’s “West Coast Poplock.” The song also prominently features vocals by Roger Troutman, known for pioneering the funk movement and his use of a talk-box hooked up to an instrument. (That’s where those funky, distorted sounding “California knows how to party” lines come from! The “shake it, shake it baby,” you hear in the song is Troutman interpolating his lines from his Zapp hit “Dance Floor,” also into a talkbox.) The song was a huge success, hitting #1 on the Billboard 100 and was nominated for 2 (posthumous) Grammy Awards, for Best Rap Solo Performance and Best Rap Performance by a duo or a group. The song highlights swingin’ times in the Wild Wild West, pays homage to the LA cities of Watts and Compton, and gets us amped about some of the best places in Los Angeles. It is arguably 2Pac’s most famous songs, and one of our favorite anthems about our favorite city.

The City of LA

LA in a Day Bike Tour

For the past 15 years, it’s been nearly impossible to hear or utter the phrase “Beverly Hills” without fervently breaking out into song, clapping your hands, and stomping your feet. (Just me?) Nothing (quite literally) screams “Beverly Hills” more than Weezer’s 2005 smash hit anthem about aspirations of stardom, glory, and glamour. Weezer lead singer River Cuomo states that he got the idea to pen the tune after attending the opening of the new Hollywood Bowl, flipping through a program, spotting a photo of Wilson Phillips, and fantasizing about leaving an ordinary life behind and living like a superstar. The group went on to film a tongue in cheek music video at the Playboy Mansion (which technically isn’t in Beverly Hills, but in neighboring Holmby Hills,) and featured a cameo by none other than the legendary Hugh Hefner himself. While the song has a sarcastic vibe, Cuomo intended for the sentiment to be honest, and regards the final verse as one of the finest things he’s ever written. We highly recommend throwing this on and blasting it through Beverly Hills. Better yet, do so on our world-famous Beverly Hills Celebrity Bike Tour– that’s where WE want to be 😉

(Come on, we know you were singing it in your head the whole time.)

Free Fallin’ is a 1989 sleeper hit, highlighting a young girl’s struggle to come of age in the San Fernando Valley. Written by Tom Petty, the song was almost a throwaway, as Petty struggled to find lyrics appropriate for the now-iconic opening chords to the tune. Petty was jamming with his partner, Jeff Lynne, and made up the first couple of phrases (“she’s a good girl, loves her mama…”) and made Lynne laugh. They continued to play, and completed the song in 2 days. The song references multiple Los Angeles locations, giving locations in the San Fernando Valley, or simply, “The Valley” top billing. If you’re reading this and need to ask “What is the Valley, anyway?” We’ve got you. The San Fernando Valley is the massive urban valley north of Central Los Angeles, bound by the mountains in the surrounding Transverse Ranges of Southern California. The Valley has 1.77 million people, and is home to strip malls galore, Valley Girls, Kardashians, and Paul Thomas Anderson’s filming universe. Petty sings about numerous Valley locations in “Free Fallin’,” including the suburban neighborhood of Reseda, Ventura Boulevard, Mulholland Drive, and more. The song was a huge hit, peaking at #7 on the Billboard charts and ranked #179 on Rolling Stone’s list of the Top 500 Songs of All Time. It’s hard to think of a song that’s more quintessentially Los Angeles: cool vibe, good views, and a great song to listen to while cruising down the freeway (in your car, or on an LA bike tour.)

The Westside Pavilion (It plays the mall in the music video! Fun fact: this also played the iconic mall in “Clueless,” one of our other favorite films about LA.)

Griffith Park Experience – views on views of the Valley!

It’s no secret that at Bikes and Hikes LA, “we love LA,” too! This iconic LA tune was penned by Randy Newman in 1983, and inspired by a VERY Los Angeles conversation Newman had with Eagles member Don Henley aboard a private jet (as one does.) Henley was lamenting not being able to charter Learjets, a fleet of private jets anymore, and Newman sarcastically responded “You can’t live on a million a year anymore.” Henley suggested Newman write a song about Los Angeles and the arrogance surrounding it. “I Love LA” is Newman’s anthemic love letter to Los Angeles, even taking musical inspiration from the Beach Boys, a band to which he pays homage musically and lyrically in the tune. Newman highlights different LA regions throughout the tune, name-dropping Imperial Highway, the West Side, the South Bay, and famous streets, such as Victory Boulevard, Century Boulevard, and Santa Monica Boulevard (which is also home to Bikes and Hikes LA, and Bike Shop LA!) The song is a snarky take about LA’s excess wealth, out of touch stereotype, and self-love. The song is played after home team wins at major LA sporting events (the LA Dodgers, Lakers, Rams, Galaxy, and the Kings all use it in their games.) It’s been used in many films (its cameo in “The Bean Movie” is a personal favorite of mine,) parodied (hello, Kris Jenner “I Love My Friends!”) and serves as the city’s unofficial anthem. Take any of our bike and hike tours of LA, and see why “we love it” too!

Crank up the volume, roll down the windows, and blast these tunes as you come visit Los Angeles! There are so many ways to safely visit Los Angeles in 2020 – and we recommend you start with our bike and hike tours of LA! All of our LA tours may be made private, and we offer bike and hike tours 365 days per year. Give us a call to book your LA tour today, and feel free to belt out a few tunes while you do- we may just sing along with you.