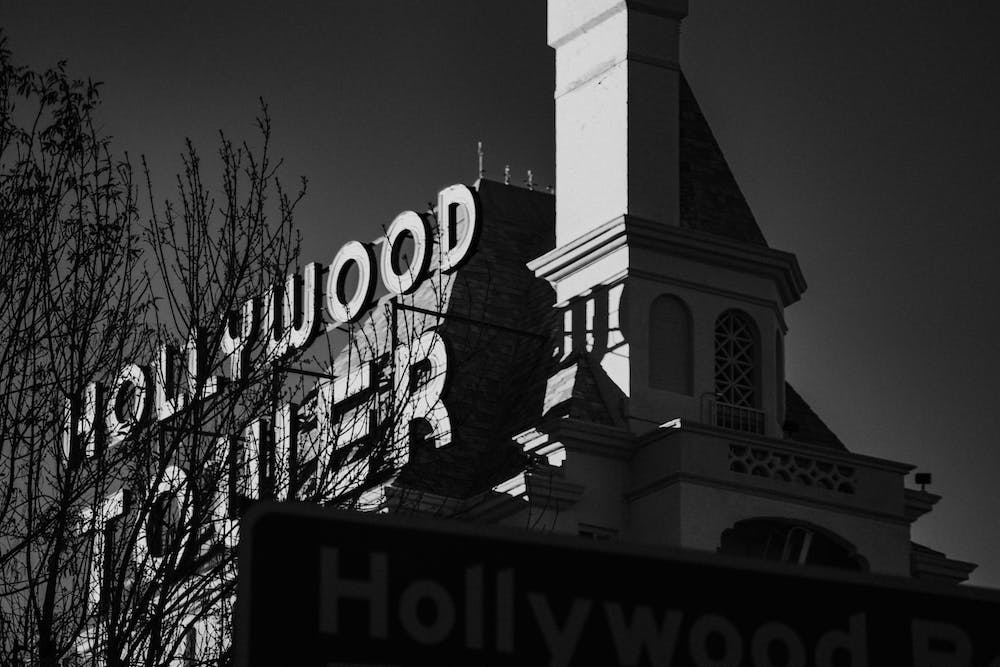 What was that?! Did you hear the spoooooky sounds of Halloween weekend afoot? It’s the most frightful time of the year, and Bikes and Hikes LA is ready to rock your world. Los Angeles is filled with spooky haunts, fictional and factual, and there’s no better way to give yourself chills and thrills than to experience it on a Halloween tour of LA. Read on to plot your spooky Halloween Weekend LA tour and spend it in the most haunted places in LA – perhaps with one eye open! 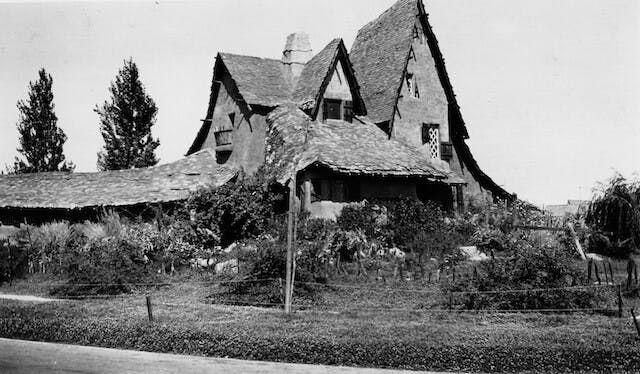 It is truly the season of the witch in LA. Take our Beverly Hills Bike Tour and stumble across one of the most haunted houses in the city- the Witches’ House! A former Hollywood filming location turned Beverly Hills residence, the Witches’ House (or Spadena House) looks like a twisted, tumble down, fairytale home nestled among the mansions in America’s most luxurious neighborhood. The house was formerly used as a Hollywood filming location on the Irving Willat Film Studio in Culver City, playing the role of many a twisted witches home in movies. The house was moved to its Beverly Hills location in the late 1920s, and now has served as the backdrop in films like “Clueless,” the backdrop of many tours (hello, book a Bikes and Hikes LA Bike Tour here!) and a permanent fixture on the LA Halloween scene. To check out the Spadena House and many more haunted Beverly Hills Homes, book your Beverly Hills Bike Tour here. 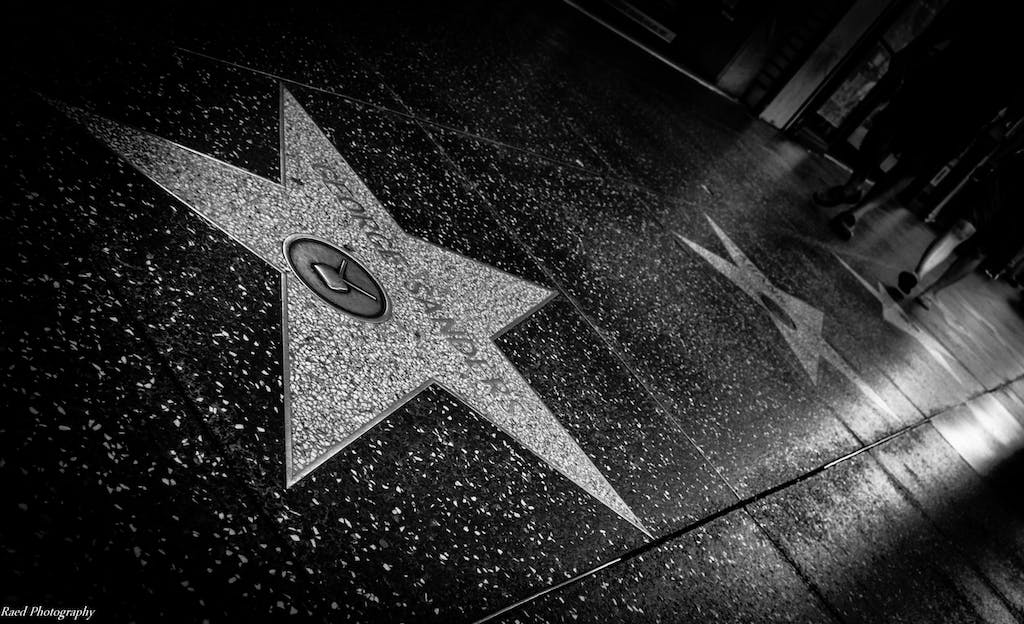 For an up close and personal experience of some of Hollywood’s most haunting sites, book our Hollywood Bike Tour this season. On this action-packed bike tour, you’ll see all sorts of spooky sites and historic haunts. Cruise past the Roosevelt Hotel, where guests have claimed to see the ghost of Marilyn Monroe, and heard the ghostly trumpet of late actor Montgomery Clift from suite 928. You’ll pass the famous Pantages Theatre, where the ghost of Howard Hughes allegedly haunts the theatre’s rafters. You’ll swing by the Hollywood Forever Cemetery, filled with graves, ghouls, and ghosts of Hollywood legends past, walk in the footsteps/handprints of former actors in front of the haunted Graumann’s Theatre on Hollywood Boulevard, and the horrifying Hollywood Wax Museum, filled with celebrity dopplegangers that ~seemingly~come to life. See all this and more on your Hollywood Bike Tour! 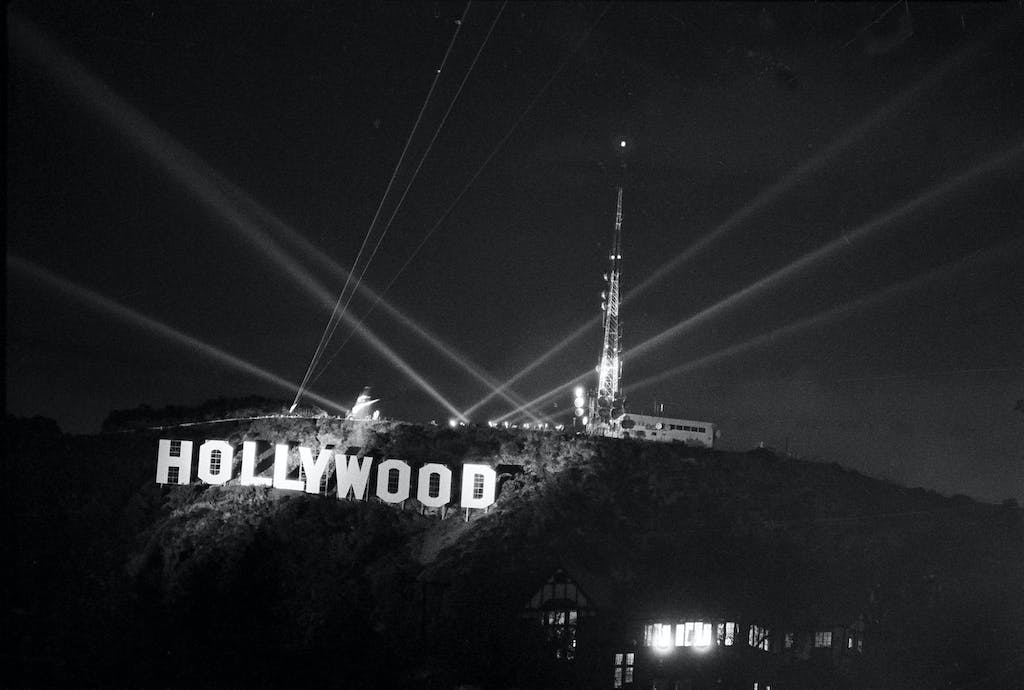 Amid laser beams and searchlights, the new “Hollywood” sign near the top of Mt. Lee in Los Angeles, is unveiled after its dedication, Nov. 11, 1978. The old landmark sign it replaces was built in 1923, but deteriorated and began to fall apart recently. The 50-foot high and 400-foot long sign was replaced by donations from nine public donors totaling $250,000. (AP Photo/George Brich)

The world’s most famous sign has a rich, dark history behind it. For a very spooky Hollywood Halloween, book either our famous Hollywood Sign Hike or our Griffith Observatory Hike! Both of these hiking tours will get you front row access to the epic Hollywood Sign, one of the most famous attractions in LA, and certainly one of the spookiest! Legend has it that the Hollywood Sign is haunted by the ghost of former actor Peg Entwhistle, who allegedly has appeared around the hills surrounding the sign for nearly a century. Additionally, the Griffith Park Zoo is said to be haunted by former spirits (and perhaps animals, too!) For an extra spooky fix, keep your eyes peeled for suspicious tomfoolery- and cameras. Griffith Park is one of Los Angeles’ top filming locations, particularly for scary and thrilling movies (Terminator/Batman, anyone?) To experience it yourself, book your Hollywood Sign Hike or Griffith Observatory Hike. 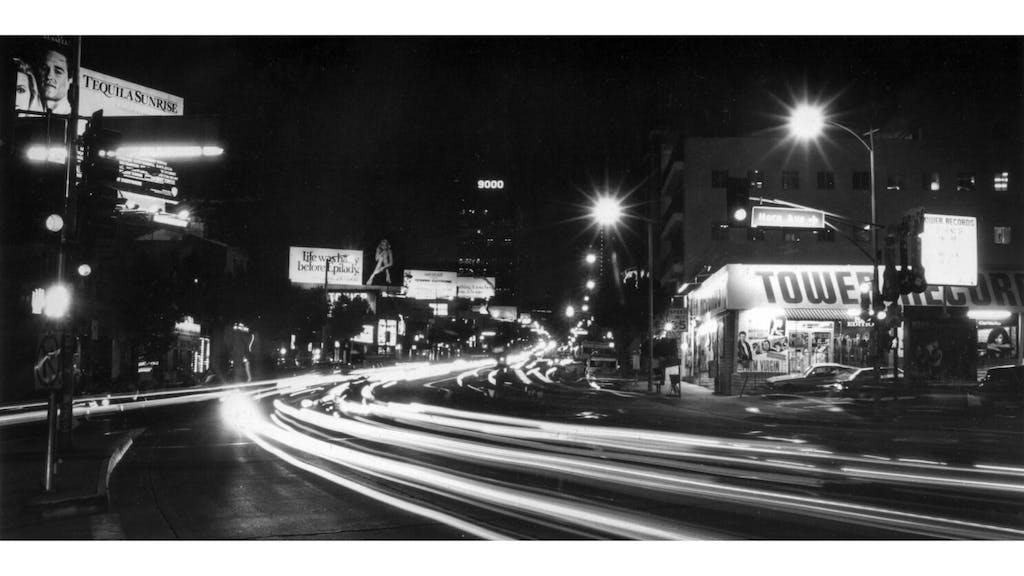 For a spooky stroll that’ll send shivers down your spine, try our walking tour of the (in)famous Sunset Strip. One of Hollywood’s most popular boulevards, the Sunset Strip is scenic by day, and sensational at night. The Sunset Strip is home to numerous clubs and performance venues, as well as a ton of notoriety. The famous Comedy Store venue, a location that launched the careers of thousands of comedians, is rumored to be incredibly haunted, by ghosts of former comedians and audience members alike. The famous nightclub was formerly a restaurant, where the owner allegedly stored bodies of his rivals and enemies in the basement. The Sunset Strip is also home to the notorious Whiskey A-Go-Go club, said to be haunted by the ghosts of former famous musicians and Hollywood Icons. Don’t let the sun set on your time in LA – book your spooky Sunset Strip Walking Tour here! 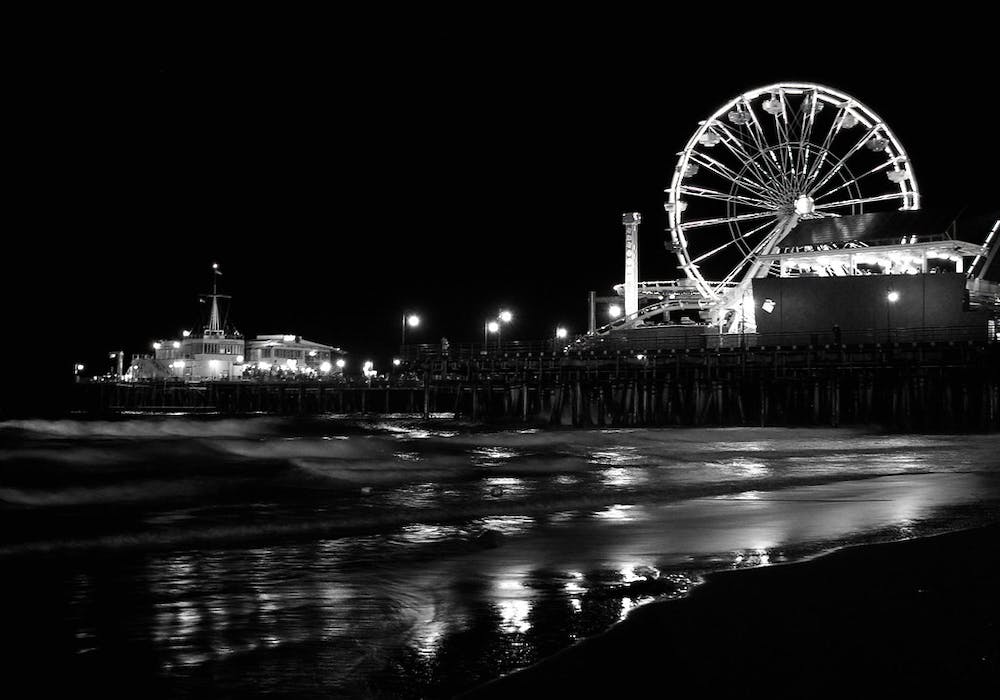 We’ll wrap this up by taking you over to the west side- spin your wheels this Halloween on our popular Venice and Santa Monica Bike Tour! Don’t let the sweeping beachy vistas and sunny skies fool you- Venice is home to some of LA’s spookiest sites! Check out the famous Venice Canals, which are often decked out with epic, spooky Halloween decorations! As you bike through Santa Monica, take note – some of the gorgeous, beach front property may not be what it seems! The world famous Georgian Hotel on Ocean Avenue is rumored to be incredibly haunted, and allegedly, the cheery Santa Monica Pier has been rumored to be full of ghosts of former tourists! Keep your eyes peeled- on this beachy bike tour, you may just spot a few witches…sand-witches, of course. Book your Venice and Santa Monica Bike Tour here.

Have a frightfully fun Halloween in LA! For more tour recommendations, tips, and spooky stories, give Bikes and Hikes LA a call to plan your haunted Halloween Weekend in LA. Happy Halloween to you!