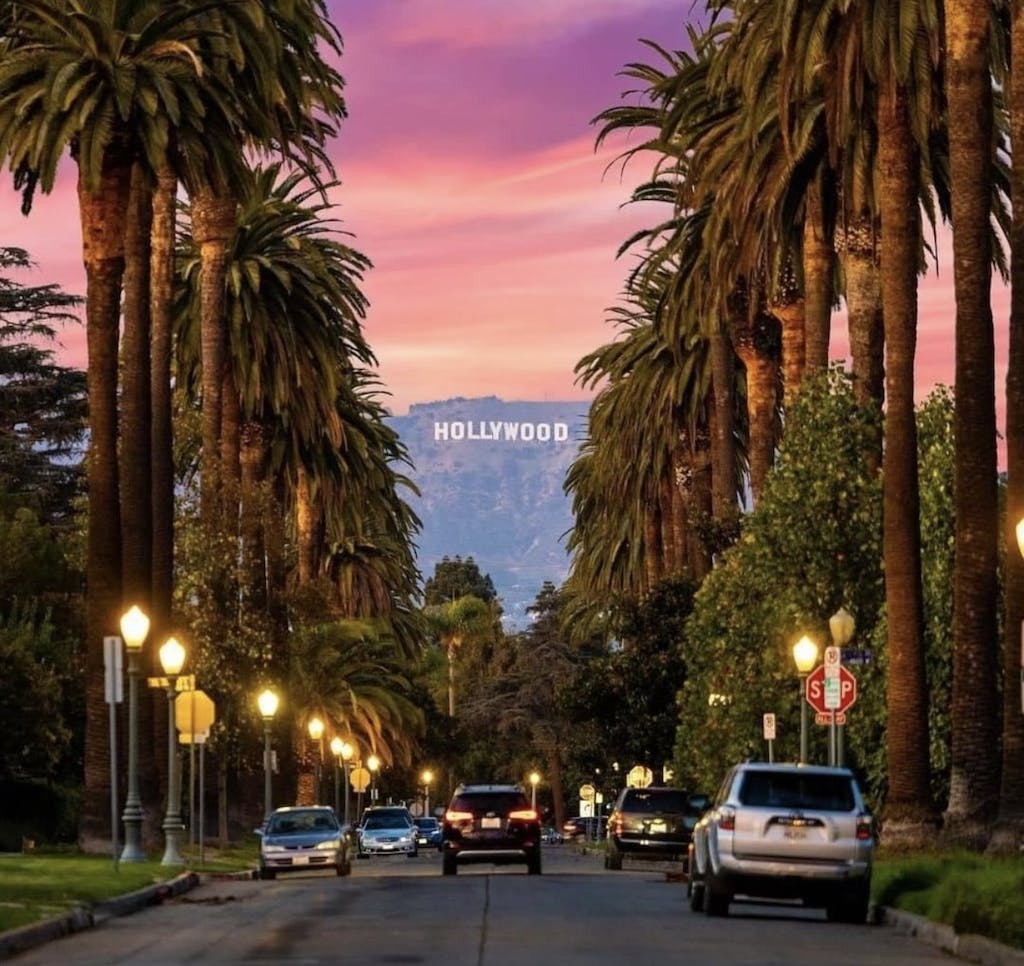 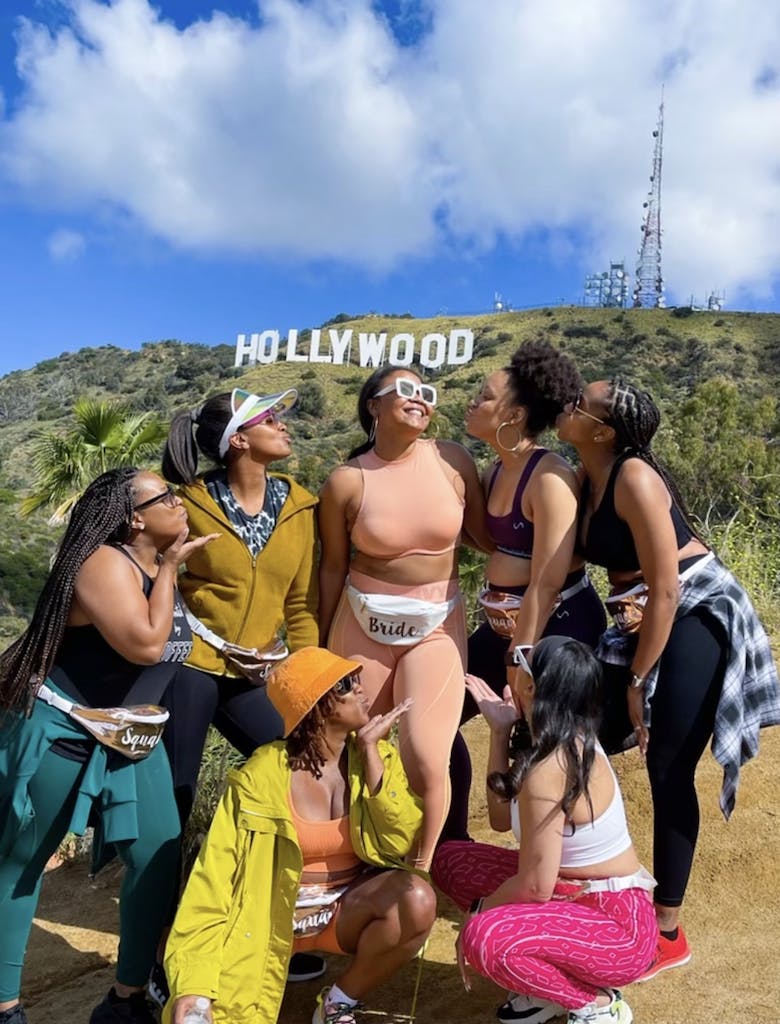 Welcome. You’re in excellent company, and automatically cooler for being out here. Hopefully, you’ll get discovered on this vacation, too. We’ve heard (and given you) the spiel before- Hollywood, Tinseltown, movie magic,  paparazzi, glitterati, lifestyles of the rich and famous, etc.- LA is chock full of folklore, rumors, celebrity secrets, and salacious gossip. Want to experience it all in an up close and personal way? Hop on one of our popular Los Angeles Tours, and see LA your way. In the mean time, we want to add fuel to the fire and treat you to a few more juicy tidbits about LA that you may not know- someone call Deuxmoi and report some hot tips. Here are 5 things about Los Angeles you may not know-and where to spot them on our LA tours…

EVERYTHING YOU’RE DOING RIGHT THIS SECOND (ie, Reading This Blog Post on The Internet (TM)) STARTED IN LA! 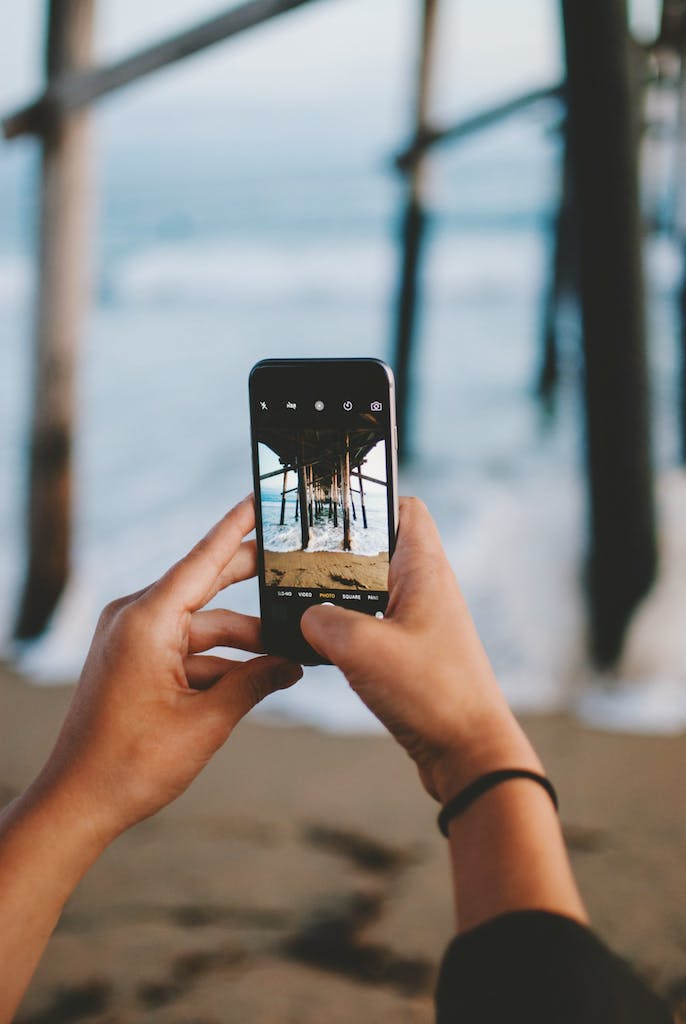 Photo by Caleb Lucas on Unsplash

Is your perfect day (other than cruising from West Hollywood to Santa Monica on an exclusive LA Tour on an electric bike, hint hint) switching between your best friends, The Screens (Big Screen= Computer, Little Screen= Phone) and surfin’ the NET? The Internet- everyone’s best friend and worst enemy, and an integral part of Los Angeles history. Did you kNOW that the very first internet signal/message was received in Los Angeles? Let me explain. The Internet has a birthday (WHAT?!) and if it had a birth certificate, the place of birth would be Los Angeles. On October 2nd, 1969, an operator at UCLA sent/attempted to send the first internet message (think 2000’s AIM, but a little earlier) from a server in Los Angeles to a computer in Menlo Park, CA. The operator attempted to write “LOGIN,” but only made it to “LO” before the server crashed. (“Login” allegedly…maybe they were really trying to just send “LOL”…we will never know!) The program the operators were using was called “ARPANET,” a precursor to the internet as we know it, and by the end of the year, Arpanet linked 10 computers nationwide. In honor of LA’s contribution to the Internet, text someone you care about a “LO” today.

“Alexa, play ‘Solar Power’ by Lorde…and ride the ONLY SOLAR POWERED FERRIS WHEEL IN THE WORLD at the Santa Monica Pier!

Photo by Scott Trento on Unsplash

If you know anything about California, you know that we love to keep it green, especially when it comes to conserving energy. The same mentality extends to our tourist attractions- not only can you have FUN on your Los Angeles Tour, but there are a host of environmentally friendly, unique outdoor team building Los Angeles Tours you can take when you arrive! Did you know that the Ferris Wheel at the famous Santa Monica pier is the FIRST and ONLY solar powered ferris wheel in the world? The ferris wheel has over 174,000 solar powered, eye-popping light bulbs that not only keep it spinnin’ round, but also look dazzling at nighttime as it lights up the pier. Take the wheel for a spin, and as you gaze out at 360 degree views of Los Angeles and the Pacific Ocean, give yourself a pat on the back for doing something good for the planet. Once you’re done, book any of our LA tours and continue to do your part to explore LA in a sustainable, eco-friendly way!

See it on our LA Tours: Santa Monica and Venice Bike Tour – The name speaks for itself! Check out the sights and sounds of Venice Beach and Santa Monica on this VIP tour.

“Hopped off the plane at LAX…” and boy, are my arms tired! LAX is one of the busiest airports in the world! 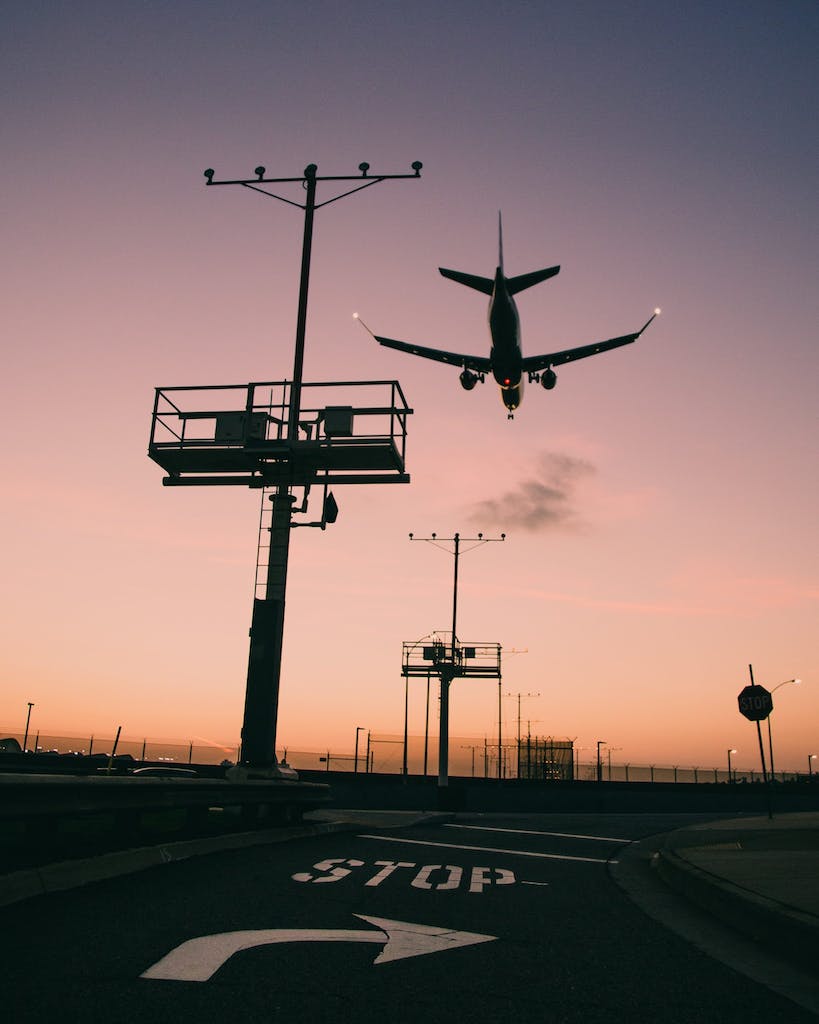 Photo by Upal Patel on Unsplash

Cue up the Miley Cyrus bop (or I’ll do it for you, I’m never not in the mood for this song!) Chances are, if you’re visiting the City of Angels, you arrived via Los Angeles International Airport, or LAX. A beacon for air travel and gateway to many international hubs (not to mention our fair city,) LAX has bragging rights as one of the BUSIEST airports, not just in the United States, but in the whole wide world! LAX is the busiest airport in California, and the second busiest airport in the nation, behind Hartsfield-Jackson in Atlanta. It is the fourth busiest airport in the world. Just how busy, you ask? LAX records approximately 1,578 takeoffs and landings in a 24 hr period- essentially, a plane goes down the runway at LAX every 55 seconds. In the time it took you to read this paragraph, multiple flights have taken off and landed at LAX; so before YOU depart, how about taking one of our LA Sightseeing tours before takeoff?

“Lights, Camera, Everyone!” – LA is the Creative Capital of the World 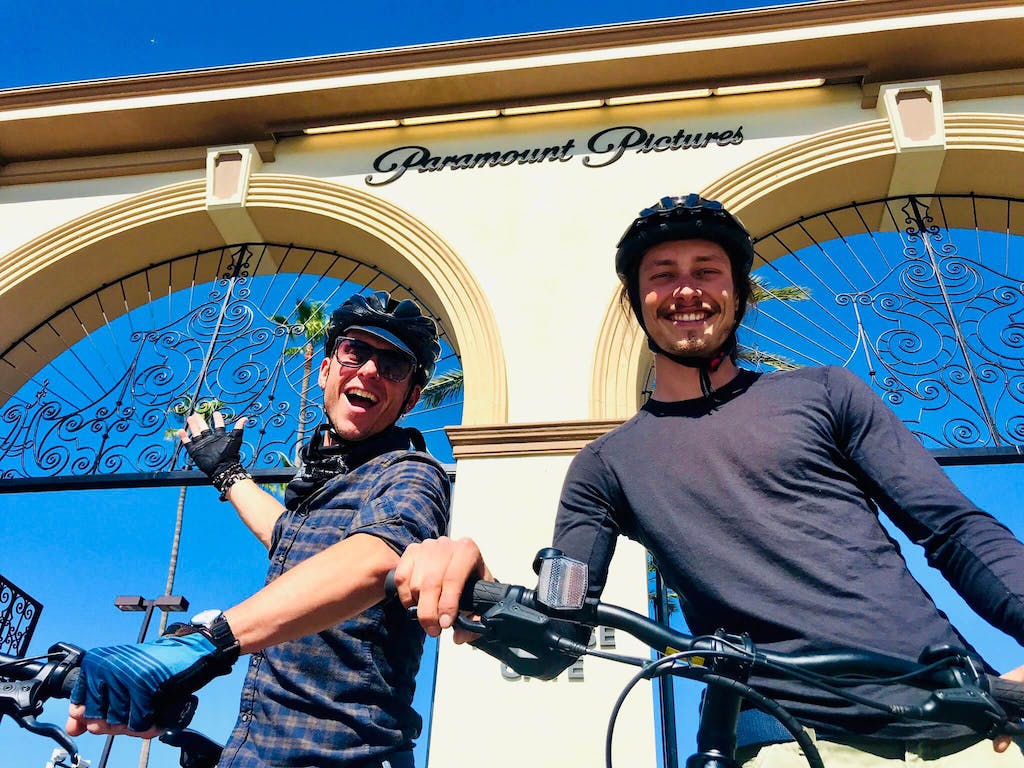 Hollywood! Ever heard of it?! The city where dreams are made and created every single day. The City of Stars! Tinseltown! La La Land! It’s no secret that Los Angeles/Hollywood is the entertainment capital of the world- LA is the mecca of movie making and filmmaking, and has been for over a century. Curious about how LA came to be the entertainment capital of the world? Find out the full story on our Hollywood Sign Hike, our Hollywood Sign Tour, or our Griffith Observatory Hike. One in every six people in Los Angeles are employed in some kind of creative field, and on average, over 100 different TV shows and movies are filmed in Los Angeles and the surrounding LA County EACH DAY. Keep your eyes peeled on any of our Los Angeles tours for productions shooting in LA. Our LA tours take place across numerous filming locations, so make sure to keep your camera close- who knows, perhaps you’ll get discovered yourself on our Hollywood star tours!

See it on our Los Angeles Sightseeing Tours: In addition to the hike tours we mentioned above, while you can hike/walk/bike through LA filming locations on ANY of our LA tours, we strongly suggest you book our Hollywood Tour by bike, and see the most famous Hollywood film studios and filming locations in the world. You may even spot a celebrity or two! As a bonus, book a private Hollywood Tour to feel like a real red carpet Hollywood celebrity.

Hollywood is SO FAKE – Even FICTIONAL CHARACTERS have Stars on the Hollywood Walk of Fame!

Finally, we had to throw one final piece of shade/trivia your way when it comes to Hollywood gossip and fun facts. You’ve got to check out the Hollywood Walk of Fame while you’re in town- it boasts over 2,600 stars honoring your favorite / the most notorious celebrities in Hollywood. Recipients earn their stars for achievements in the arts in either Film, Television, Writing, or Radio. People say that Hollywood is filled with fake people, and the Walk of Fame is NO EXCEPTION!

I’m being slightly hyperbolic, but I’ll explain why. 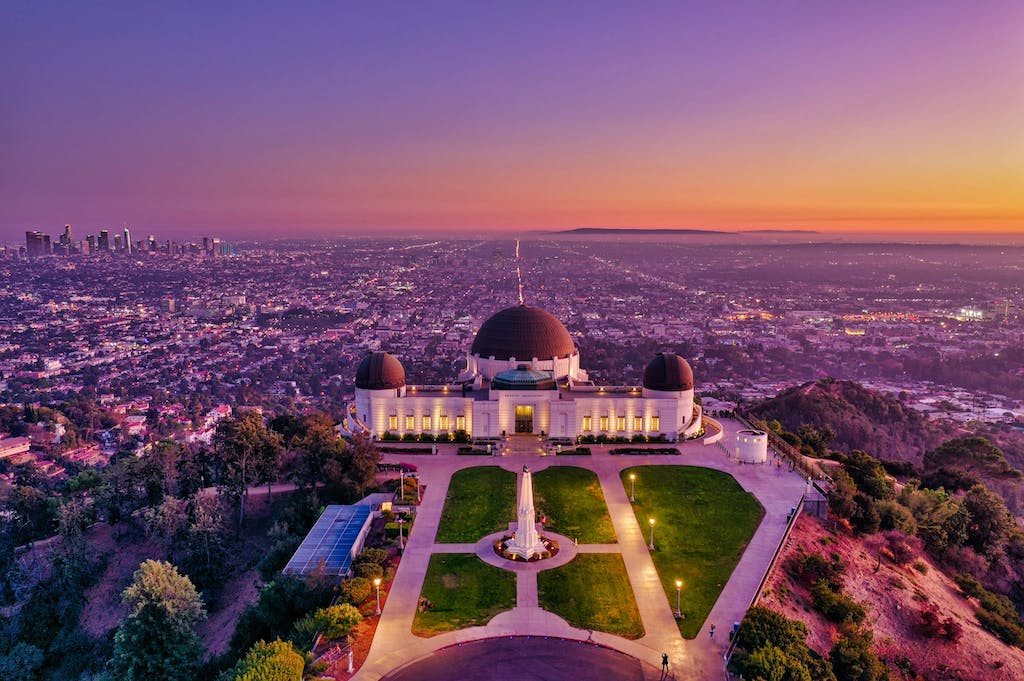 Photo by Venti Views on Unsplash

So there you have it! In conclusion- LA is a fun town, replete with a rich history and richer celebrities. The gossip and the weather are always hot, and if you thought these facts were fun, wait until you hear all kinds of other cool history, tidbits, and tips from our expert LA tour guides on our Los Angeles Tours. The most fun fact of all? Bikes and Hikes LA Tours are open 365 days per year, and we can’t wait to host you, your family, your corporate group, your friends, your bachelorette, or any/all combinations above on your tour of LA. Drop us a line today- and we’ll see you on our Los Angeles Tours this summer. That’s a fact!