Our Hollywood Tour is the Best LA Tour – Here’s Why

You Need to Book this Hollywood Tour – Here’s Why 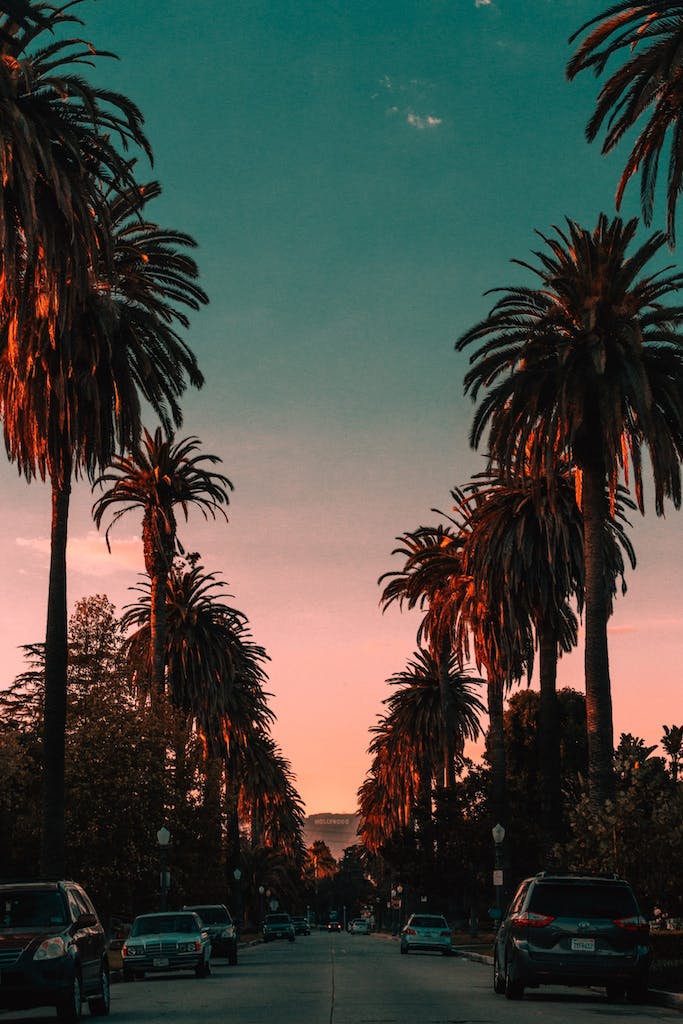 Photo by Steven Pahel on Unsplash

“Hollywood” is a word loaded with connotations, expectations, and manifestations- as well as a lot of  confusion, excitement, dreams, heartbreak, and hope. It’s a catchall term for the entire entertainment industry- as if this invisible force named “Hollywood” is the gatekeeper of success, the puppeteer behind cultural forces, and a giant sign. The sign part is true! But the that Hollywood is this all powerful, singular governing body that controls everything- and spans the entirety of LA- AND is just made up of a single sign- well, that’s a subplot that may be best contained to a film on the big screen…or on a Hollywood Tour.

Our Hollywood Bike Tour is designed to blow your mind and change your expectations about Hollywood, the neighborhood- which is just one of thousands of neighborhoods in the sprawling metropolis of Los Angeles. On this 3 hour, unforgettable outdoor adventure, you’ll get up close and personal with all kinds of Hollywood sites; from the world-famous to the the arcane, from the award-winning to the anonymous; and after THIS close up, you’ll understand the lore, legends, history, and staying power behind the most beautiful, bewitching, and befuddling town in the world. In this blog post, we’ll show you why you should, nay, NEED to take our Hollywood Tour– no frills, just facts!

Reasons why our Hollywood Tour is the Best

-You’ll ACTUALLY get up close and personal with the TV and movie locations you want to see! 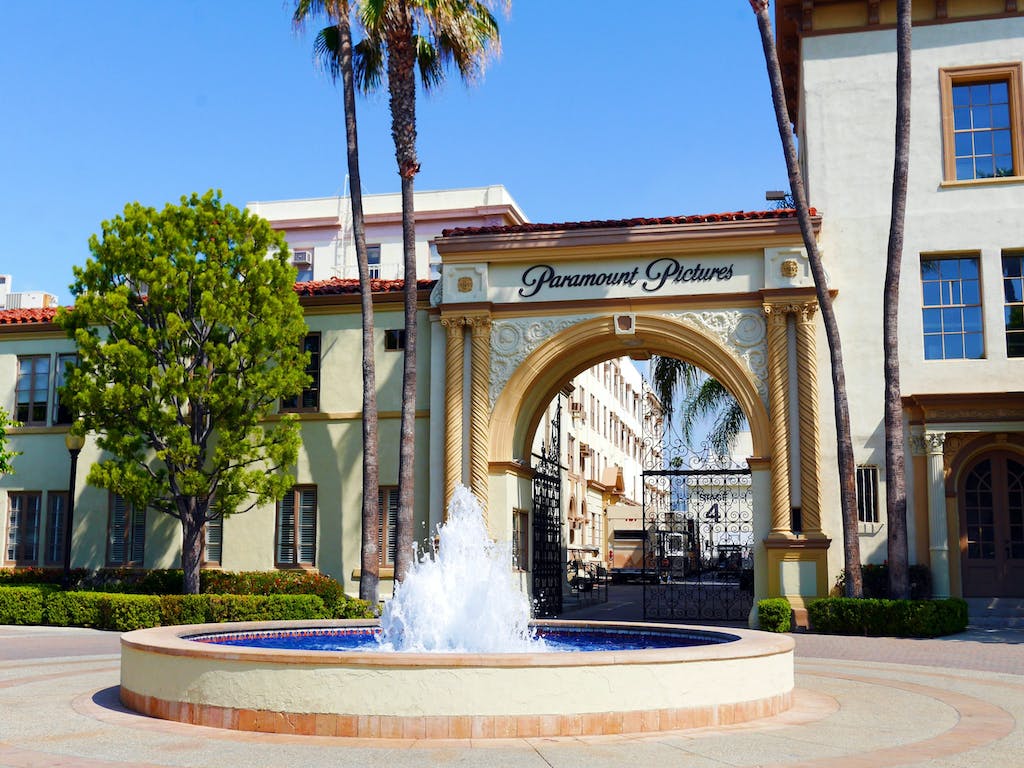 Photo by Hannah Wernecke on Unsplash

The entertainment business is a mystifying one, despite everyone being an amateur film/TikTok star these days. Our Hollywood Bike Tour pulls back the curtain shrouding the mystique surrounding this town, and gives you a front row seat to some of Hollywood’s top filming locations and studios. TL; DR: we’re going to take you to where movies are made. How cool is that?? You’ll see several of the top filming locations in the world on this LA tour, including the sites of dozens of famous movies, television shows, game shows, daily talk shows, and more. You’ll pedal past CBS Television City, the home of James Corden’s legendary Carpool Karaoke series. Keep your eyes peeled as you bike past the famed studio lot; you may intercept a flash mob cross walk musical! You’ll also see Paramount Pictures, the oldest operating film studio in Hollywood! Paramount is the only major film studio based in Hollywood, and you’ll learn all about its illustrious history and film trivia on this LA tour. Film isn’t exclusive to studio lots, however- our Hollywood City Tours also give you a front row seat to all types of LA filming locations on the streets, in restaurants, and against Instagrammable walls. Catch this movie magic up close and personal on this Hollywood Tour.

-You’ll go inside the Hollywood Forever Cemetery- Literally no other Los Angeles tour allows you to do so!

The Hollywood Forever Cemetery is a revered ground for the final resting place of countless Tinseltown legends, including, but not limited to: Judy Garland, Cecil B. DeMille, Estelle Getty, Chris Cornell, and recently, Paul Sorvino. You’ll explore this legendary LA location and surround yourself with the souls of celebrities from centuries past. The Hollywood Forever Cemetery is also host to Cinespia, one of the most fun things to do in LA – it’s an outdoor film screening event, playing some of your favorite films against the backdrop of the palm trees and city lights of Hollywood. No other Los Angeles Tour allows you to explore the Hollywood Forever Cemetery as closely our Hollywood Bike Tour. You’ll get exclusive access to be up close and personal with some of Hollywood’s legendary legends on this LA Tour.

-You’ll See How the Other Half Lives – In Hancock Park, aka Beverly Hills 2.0! Are you looking for Old Hollywood Glamour and seeing how the other half lives? Interested in immersing yourself in some of the world’s most enviable, luxurious real estate but finished binge watching all seasons of “Selling Sunset” on Netflix? Most importantly- want to feel like an insider and see one of the top locations in LA but want to avoid alllllll of the tourists? We bring you- Hancock Park! Hancock Park, aka Beverly Hills 2.0 is one of Hollywood’s secret hidden gems, and one of the most beautiful neighborhoods in Los Angeles. Hancock Park is located in the heart of Hollywood, and features gorgeous mansions, palm tree-lined streets, and beautiful gardens. Its posh blocks are home to multiple celebrities, and you’ll frequently see young families, locals, and tons of pups out and about strolling. Hancock Park has a rich history and is a frequent LA filming location. One of our favorite reasons to explore Hancock Park, however, is because it’s one of the most bike-friendly neighborhoods in all of Los Angeles! There is a bike lane running through the neighborhood, allowing you to take a leisurely bike ride (or better yet- Los Angeles Tour!) through the area. If you’re looking for a more beautiful, less touristy Beverly Hills, welcome to Hancock Park – a staple of our Hollywood Tour.

-You’ll get front-row access to LACMA, the historic La Brea Tar Pits, and the BRAND NEW Academy Award Museum- all in one fell swoop! 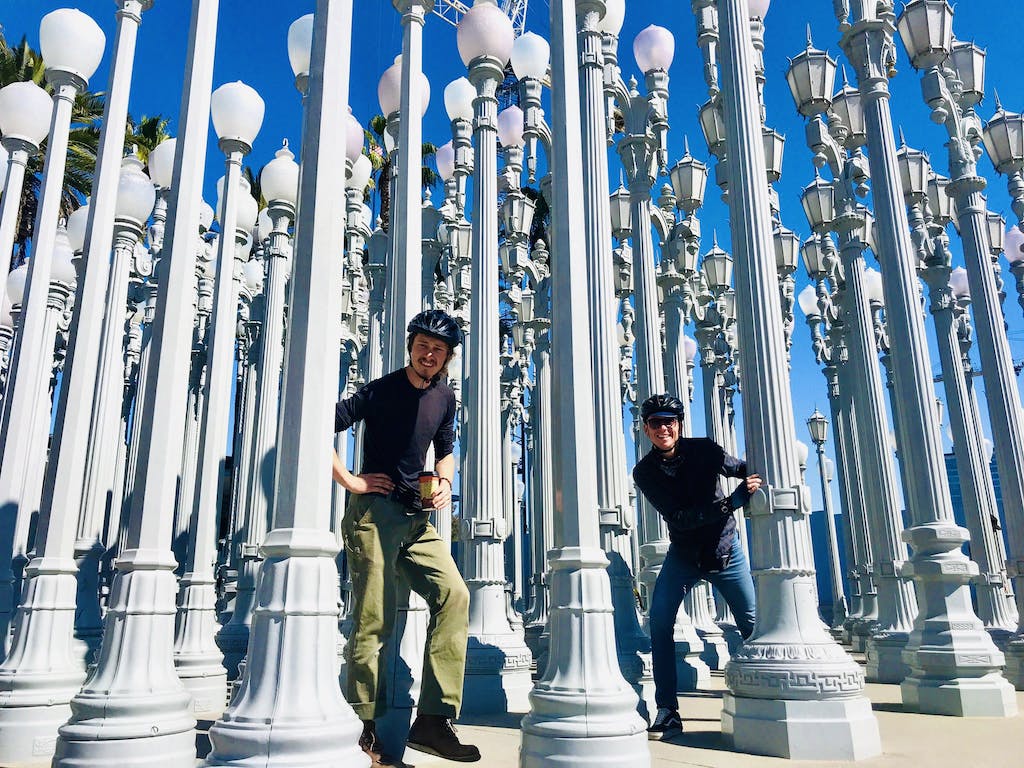 It’s the TRIFECTA of fun Hollywood attractions– the Los Angeles County Museum of Art, the La Brea Tar Pits, and the all-new Academy Award museum! This magical junction is a hallmark of our Hollywood Tour, and we’ll take you right up close and personal with these three Los Angeles hotspots. You’ll snag a photo in front of the famous LACMA lights, an Instagrammer’s paradise. You’ll cruise past the shiny new Academy Award museum, a gorgeous, glassy behemoth, packed with fascinating Hollywood history and honoring legendary legends. You’ll also be able to experience the La Brea Tar Pits, Los Angeles’ very own prehistoric preserve and site of countless fossil discoveries from eons past. Imagine being able to tick off all three of these LA bucket list items in one go- our Hollywood Tour achieves just that! Skip the line and grab a slice of Hollywood History in one go. 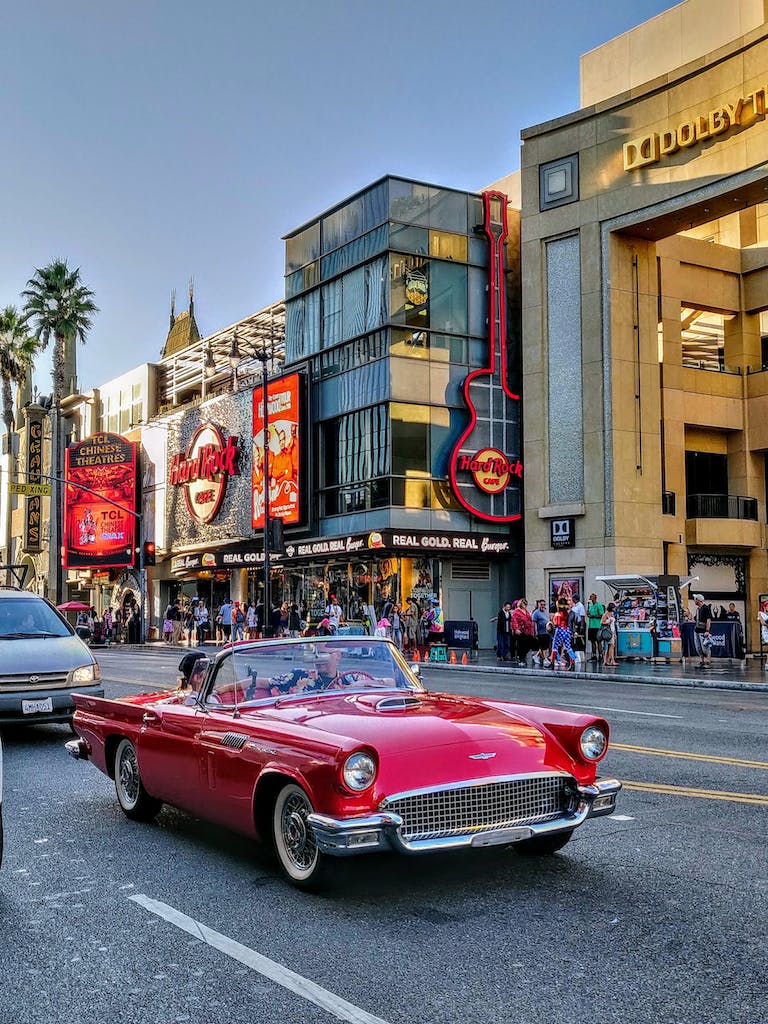 Photo by Benoit Debaix on Unsplash

Admit it- when you picture Los Angeles or Hollywood in your mind, you see lights, camera, action, and stars- the Hollywood Walk of Fame stars, to be specific! We’ve got you covered. Our Hollywood Tour takes you right in the heart of the action on Hollywood Boulevard, where you can finally see those 2,700+ stars in person! We’ll share all kinds of interesting trivia and fun facts about the stars on the Walk of Fame. You’ll be dazzled and shocked by the thousands of celebrities with stars lining this historic boulevard, and you’ll pedal past iconic Hollywood locales, such as the Dolby Theatre (home of the Oscars!), the TCL Chinese Theatre (where those famous celebrity handprints are!) and the El Capitan Theater, where Jimmy Kimmel films his show. We know that you’re all dying to come on a Hollywood Star Tour and see all of the big famous filming locations and iconic locales; this Hollywood Tour gets you up close and personal with all of them. Keep your eyes peeled for celebrities, paparazzi, and red carpets on Hollywood Boulevard; the Hollywood Tour may be your moment to get discovered! 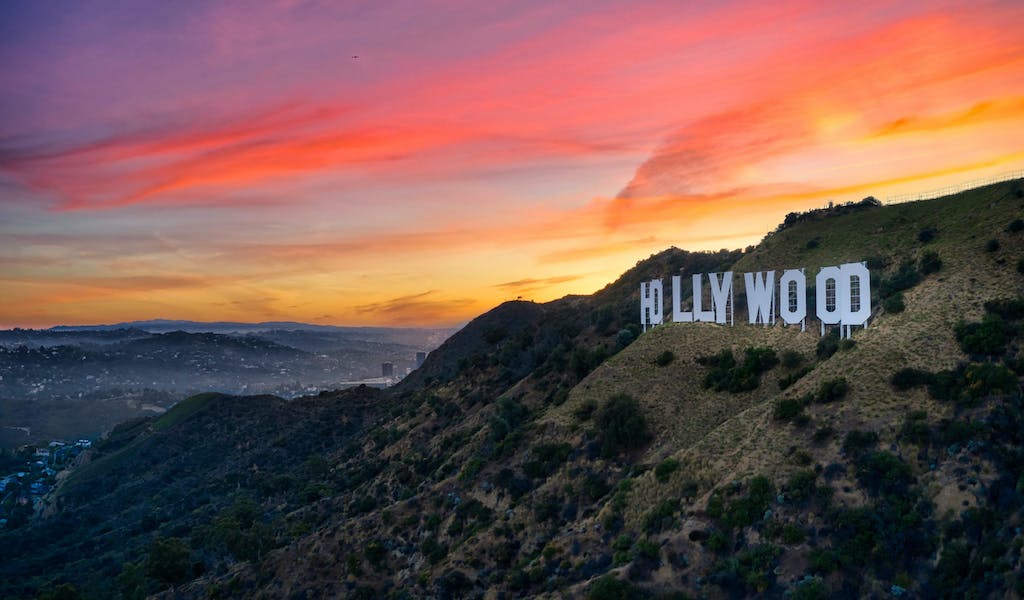 Photo by Venti Views on Unsplash

This Hollywood Tour is designed to leave you fulfilled, with memories to last a lifetime- and we ensure that you will tick off EVERYTHING you need to see in Hollywood on this Tour. Imagine a one-stop shop for top Hollywood locations; whether you’re in LA for a weekend, a month, a day, or a few hours, you’ll see every top Hollywood location on this Los Angeles Tour. You’ll get your fix of LA locations, ranging from the super touristy to the arcane. You’ll get multiple jaw-dropping Instagram photos, designed to leave your followers screaming for autographs. You’ll get a great workout and an appetite for adventure. You’ll learn all kinds of LA history, trivia, and fun facts, and leave feeling like a seasoned pro. Hollywood magic isn’t just for the big screen; experience a cinematic afternoon excursion like no other, where you’re the star, on our Hollywood Tour. Book your Hollywood Bike Tour today; there’s no other LA tour like it. And those, my friend, are just the facts. 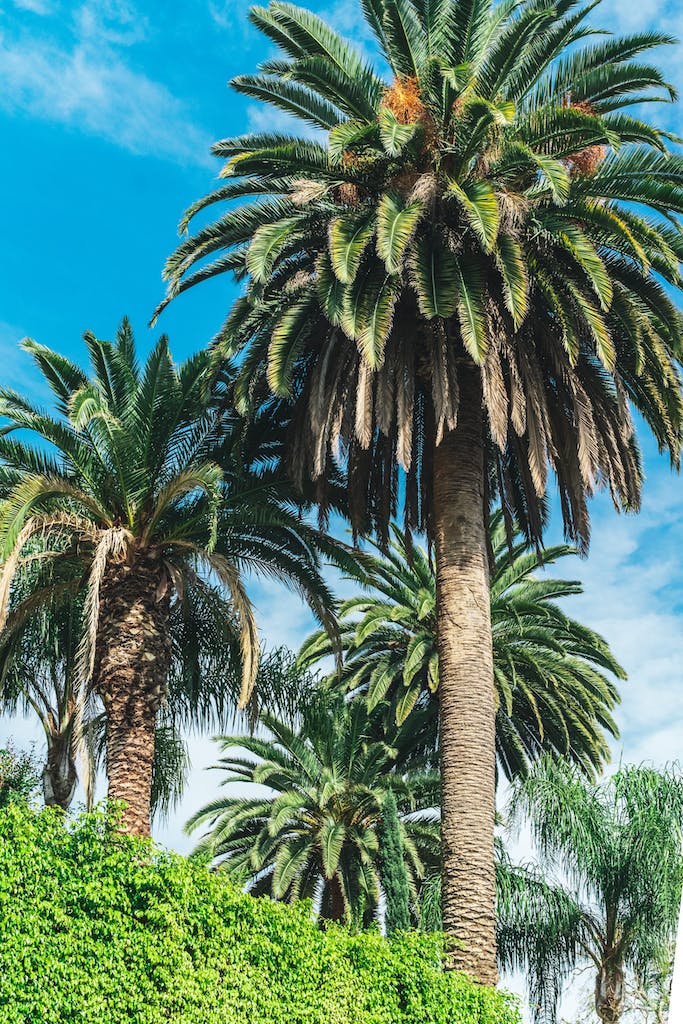 Photo by Marty O’Neill on Unsplash