Happy summer, from all of us at Bikes and Hikes LA! The City of Stars is heating up, and we’re so excited to see you out and about on our summer outdoor LA adventures. It’s summertime in the city, and a quick Google search of events coming up this weekend can prove to be overwhelming. Spending a weekend in the largest sprawling metropolis in the country leaves open the option for countless fun events, opportunities, and hot happenings. Part of what makes Bikes and Hikes LA the top outdoor activity company in all of LA is our secret recipe for success- our passion for all things LA. All of our tour guides and staff boast extensive knowledge of fun things to do and see in LA, so here are our top picks for you to kick off the greatest summer of your life. We’ll see you along the way!

Catch a Concert at the Hollywood Bowl…

The famed Hollywood Bowl has been one of the best places to see an outdoor concert in LA for the past nearly hundred years, and this summer’s lineup is no exception. Over the next few months, grab yourself a ticket and check out acts such as Nile Rodgers and Chic, Leon Bridges, Cyndi Lauper, Barry Manilow, a live production of “Into the Woods,” and Earth, Wind, and Fire, to name a few. Check out the updated list of concerts at the Hollywood Bowl on their website! 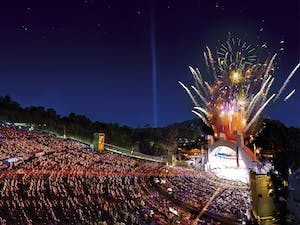 …while you’re at it, how about a Hollywood Bike Tour?

The Hollywood Bowl is located in the heart of Hollywood, nestled among other LA attractions in the Hollywood Hills. After your concert, head down the road to Bikes and Hikes LA and book yourself a Hollywood Bike Tour to learn all about the iconic Hollywood attractions of Tinseltown! You’ll pedal past the Hollywood Walk of Fame, the Oscar-worthy Dolby Theatre (home of the Oscars,) Paramount Pictures, and dozens of other Hollywood hotspots. Upgrade to an electric Hollywood bike tour for a smoother, faster ride!

Get Yourself to the Greek…

Another bucket list activity for your summer in LA is hitting up the Greek Theatre for a concert or comedy show. Similar to the Hollywood Bowl, the Greek Theater has been one of the best places to catch a show in LA for nearly a century. Tucked into the hills of Griffith Park, you’ll soak up spectacular panoramic mountain views of Mount Hollywood and the Hollywood Sign at the Greek Theatre. This summer, you can catch acts such as Billie Eilish, Chicago, George Clinton, the Psychedelic Furs, Weird Al Yankovic, and more, at the Greek! 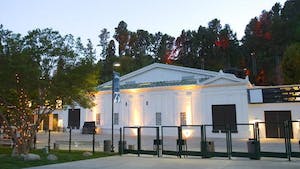 ….and hop on a Hollywood Hills Hike.

What a great shot from our Hollywood Hills Hike yesterday! 😍 #hike#losangeles#hiking#hikelife#hikelove#tour#cali#california#calilove#californication#griffithpark#downtown#runyoncanyon#wanderlust#view#tb#sun#girl#hollywood#fun#nature#beautiful#awesome#eco#outdoor#adventure#westcost#beautiful#holiday#vacation#hollywoodsign

California is a beach with a state attached to it. California is an 840-mile long beach. California is nearly synonymous with the word “beach.” There are a lot of beaches in California. You get it. There are ample opportunities for you to appreciate all of California’s beachy goodness this summer- this author loves Hermosa Beach, Manhattan Beach, and Malibu’s Point Dume for peak California beach perfection.

…and ride your bike there.

There’s no better way to get to the beach than by bike. And why sit in hours of traffic on the 10 or the 405, when you can ride to Venice and Santa Monica beaches on our LA in a Day Bike Tour? This epic outdoor adventure takes you on a 32 mile, 6-hour adventure through the top neighborhoods in LA, and includes ample time to bike along and relax on the spectacular west side beaches. Cruise down Ocean Avenue in Santa Monica, and stop for a healthy picnic lunch in artsy Venice Beach. Our LA in a Day tour also offers e-bike and VIP upgrades!

Give us a call today so that we can help you have the best summer of your lives. Welcome to LA!

Voted #1 tour in Los Angeles 5 years in a row! Our Griffith Park Experience in the Hollywood Hills introduces you to the hiking paradise of Los Angeles! Tour offered twice daily, at 10 a.m. and at sunset.

Our Los Angeles Tour is consistently rated the best LA city tour. This LA sightseeing tour departs daily at 10 AM, and and we recommend taking this top rated tour on your first official day in LA.

Rated the best Hollywood sightseeing tour for over 12 years.  Pedal past the top Hollywood attractions while enjoying sunshine, exercise and fresh air on this Hollywood tour. See the major movie studios, top Hollywood film locations, the Hollywood Walk of Fame, Hollywood Sign, and so much more!