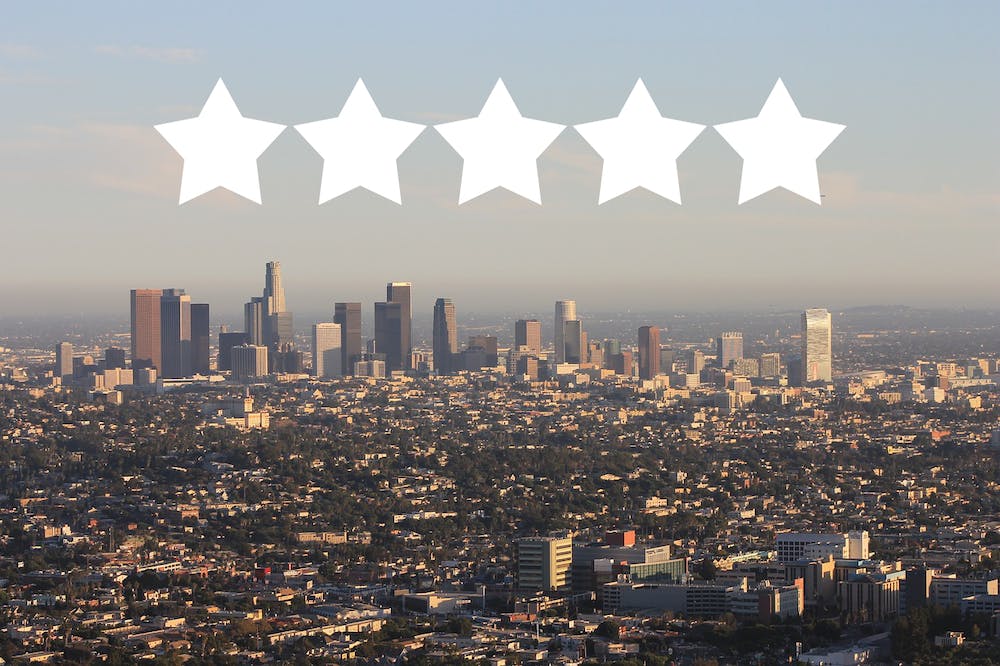 Los Angeles has so many places to see and sites to experience—both indoors and outdoors. From guided tours like The Melting Pot Food Tours where you get to sample some of LA’s finest cuisine or experience Harry Potter’s magical world with The Wizarding World of Harry Potter Studio Tour at Universal Studios Hollywood or take in the spectacular Los Angeles views on a Sunset Hike in Griffith Park . Or go on one of the many self-guided tours like the Los Angeles County Museum of Art and the Movie Star Homes GPS Bike Tour. There’s so many things to choose from so it’s important to search for the top rated la tours.

The biggest challenge for a tourist in this spread-out city is— which LA tours to choose?

Whether you want to take in some LA arts and culture, enjoy a top notch culinary experience or head out on a biking adventure, Los Angeles has something to offer for every tourist and visitor.

We’ve narrowed the choices a bit so you can get right to it.

Here are 10 of the top rated LA tours: 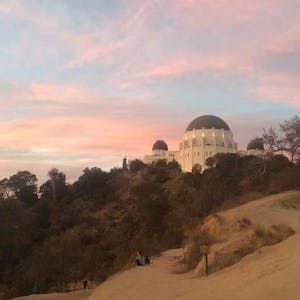 Southern California is known for its spectacular mountain ranges. Match that with a hike at sunset and you have LA’s top outdoor adventure—Bikes and Hikes LA’s “Sunset Hike.” “This may be the most popu-lar hike of the dozens in Griffith Park, and it’s easy to see why: Drive 10 minutes from Hollywood Boule-vard to enjoy massive mountain, city and even ocean views for the duration of this moderately challeng-ing trail,” says the LA Times. Departing from the Greek Theatre, the seasoned tour guide leads you through Griffith Park, sharing fascinating history and quintessential Hollywood stories, as you make your way to the top of Mount Hollywood to take in the sweeping city views. If that isn’t enough, the hike con-cludes with an insider tour through the Griffith Observatory, a museum about astronomy, cosmos and space. Oh, and by the way, “Rebel Without A Cause” with James Dean was filmed here.

Soak up some fantastic arts and culture at the world-famous Getty Center situated on a hilltop above Brentwood in the Santa Monica mountains. This 24-acre campus with stunning views and gorgeous gar-dens is home to the Getty Research Institute, the Getty Conservation Institute, the Getty Foundation and the J. Paul Getty Trust. Take in the artistic past and present with the museum’s permanent collec-tion of pre-20th century European paintings, drawings, illuminated manuscripts, sculpture and decora-tive arts; 19th and 20th century American, European and Asian photographs; and contemporary and modern sculpture. Main Entrance to the museum is free.

If you still need more of an art fix, check out the Getty Villa in Pacific Palisades—“a recreated ancient Roman country house with its 7,000 years of ancient art from the end of the Stone Age to the fall of the Roman Empire.”

“This megamansion sits on some of the most valuable coastal property in the world. Modeled after an Italian country home, the Villa dei Papiri in Herculaneum, the Getty Villa includes beautifully manicured gardens, reflecting pools, and statuary. The largest and loveliest garden, the Outer Peristyle, gives you glorious views over a rectangular reflecting pool and geometric hedges to the Pacific,” says Fodor’s of the Getty Villa. 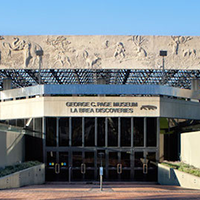 Among the hustling and bustling of Wilshire Boulevard, nestled between the Los Angeles County Museum of Art and the national headquarters of the Screen Actors Guild, you can take a walk back in time…all the way back for a peek into the Ice Age—at The La Brea Tar Pits. During the first part of the 20th century, more than one million bones have been excavated from the Tar Pits. Bones from creatures like mammoths and saber-toothed cats who roamed the Southern California landscape 10,000 to 40,000 years ago.

Open daily 9:30am to 5pm. (except key holidays). Then walk down the street to LACMA for some Los Angeles arts and culture.

Devoted to collecting works of art that span both history and geography, in addition to representing Los Angeles’s uniquely diverse population, LACMA is the largest art museum in the western United States. Its collection includes nearly 130,000 objects dating from antiquity to the present, encompassing the ge-ographic world and nearly the entire history of art. LACMA is known for its holdings of Asian art, Latin American art, ranging from pre-Columbian masterpieces to works by leading modern and contemporary artists; and Islamic art, of which LACMA hosts one of the most significant collections in the world.

#4 LA in a Day Bike Adventure

“The best way to experience LA!” “Yes! It’s an amazing adventure!” says USA Today, The Wall Street Journal, the Los Angeles Times and ABC-TV. And, it’s all by bike. This unique LA tour starts on the iconic Route 66 in West Hollywood, then it’s off to Beverly Hills and Bel-Air for an up-close experience with the extrav-agant mansions that Hollywood mega stars call home. After that you’ll take in the ocean breeze and waves crashing as you cruise along LA’s world-famous beach towns—Santa Monica, Venice & Marina Del Rey. Now it’s time for a little Hollywood history as you bike to Culver City’s historic movie studios that put the City of Angels on the world map. Lots of breaks are peppered in between these LA tourist highlights so you can relax and have lunch on the beach and do a little strolling through some quaint towns. This 32-mile, 6-hour excursion, lets you discover the very best of LA and get some great exercise too. Definitely worth a drop in your adventure bucket.

Benefits of the LA in a Day Bike Adventure! 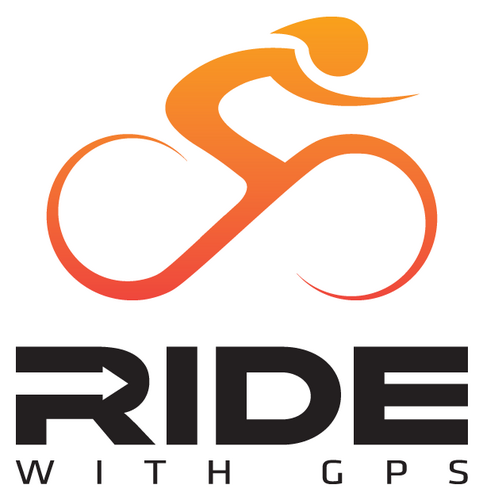 Explore Beverly Hills at your own pace. This self-guided bike tour allows you to have a flexible schedule and have control of your own bike adventure, all while avoiding typical LA traffic. We provide you with a 6-hour bike rental, helmet, lock & a GPS tour on iPad. Then you’re off! You decide when to start and how long to spend in the glamorous neighborhoods of LA’s most rich and famous. Our routes are designed to take you through quiet, residential, bike friendly streets. Pedal past celebrity homes, enjoy a fabulous lunch on Rodeo Drive and take a nap in the gardens of one of Beverly Hills’ most glamorous mansions. It’s all up to you! 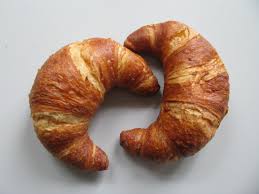 LA is known for its great cuisine so it’s no wonder there’s a top 10 LA tour involving food. Melting Pot Food Tours takes visitors and locals on an LA culinary adventure with industry and culinary arts experts Lisa Scalia and her sister, Diane Scalia. Lisa’s goal is to enlighten people about the most exceptional, little known, independently owned and operated restaurants and shops in Los Angeles. Diane is a self-taught chef and cookbook author, who appreciates world cuisine. Together they are the ultimate culinary team.

Discover Los Angeles says,“Melting Pot Tours offers experiential food tasting walking tours in neighbor-hoods throughout the region designed to indulge the taste buds and delight the senses.” You’ll get to stroll through the historic and rich cultural neighborhoods of LA, while having a truly unique culinary experience (and a full meal) as you taste, in a “grazing fashion,” authentically prepared ethnic dishes, local specialties and even some quintessential American bites.

A great way to get the lay of the LA land is with “A Day in LA” tour which offers a Full City Tour. They also offer hotel pickups, private tours and charter bus & shuttle service. In one full day you can get your fill of LA sightseeing—from a cruise through Venice Beach and Santa Monica to LA’s most notable highlights including Griffith Park, Sunset Strip, Hollywood Walk of Fame, Rodeo Drive, The Grove & Farmer’s Market, The Hollywood sign and much more!

This is the Ultimate Hollywood Bike Experience that takes you to LA’s best sightseeing treasures. You’ll pedal past Tinseltown’s most storied landmarks starting from the Walk of Fame and the iconic Capitol Records Building, to Paramount Pictures’ twin archways. Then you’ll ride by the estates of Hancock Park, the Original Farmers Market, the Hollywood Forever Cemetery, CBS Television City, Grauman’s Chinese Theatre (now TCL Chinese Theatre) the Dolby Theater (home to the Oscars), as well as multiple filming locations and architecturally significant landmarks. This 3.5 mile bike adventure is designed for cyclists of all levels. 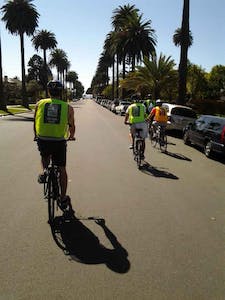 Considered one of the best and most unique studio tours in Los Angeles, the Warner Bros. Studio Tour Hollywood brings you closer than ever to the world of Hollywood’s top notch entertainment. The Ar-chive and The Picture Car Vault Warner Bros’ iconic backlots, give you a unique, up close experi-ence with one of the busiest movie studios in LA. You’ll have the chance to see what really happens on a sound stage, where today’s hit TV shows and movies are produced. You’ll feel like you’re on the set as you’re surrounded with actual filming. And for the big finale of your Studio Tour, you’ll visit Stage 48: Script to Screen, our legendary back-lot, where you’ll see the key phases to the entertainment production process. From the writer’s lounge to the Warner Bros. Legacy Room, this 45-minute, self-guided tour gives a truly immersive and interac-tive look at how Hollywood makes its magic.

From beginning to end and all in one place, Universal Studios Hollywood, is an action-packed family friendly, entertainment adventure that won’t disappoint. From thrilling Theme Park rides and shows to a real working movie studio, you’ll be immersed in everything Hollywood. You’ll even get to shop, dine and check out a movie at CityWalk. The LA Times says of Universal Studios’ new “Wizarding World of Harry Potter” attraction,”Magic comes to life, or as close as it gets.” Here are just some of the “behind the scenes” tours:

So whatever kind of LA tour adventure you want or whatever LA experience you’re craving for your travel bucket list, there is something for just about everyone in these top ten Los Angeles tours.