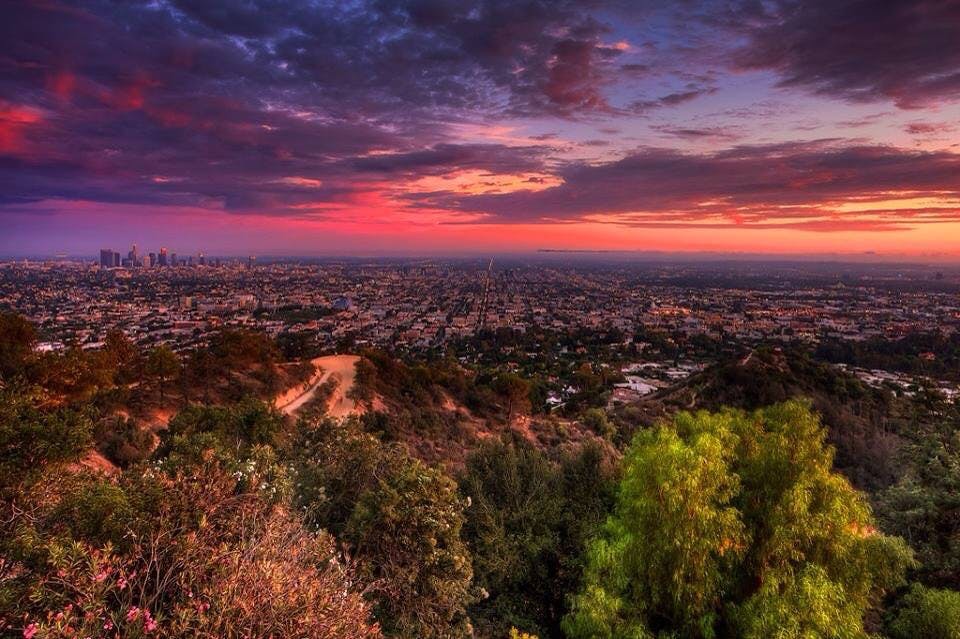 Los Angeles is a hiker’s paradise. You can hike to your heart’s content from the ocean to the mountains here. And one of LA’s crown jewels of outdoor adventures is Griffith Park—with over 4,000 acres, it’s one of the largest parks in North America. The many paths take you to stunning natural beauty and breathtaking views overlooking this sprawling urban landscape.

And you don’t have to be an extreme hiker to enjoy Griffith Park. There’s a hiking path for everyone; from beginner to advanced. As you venture out, it won’t be long before you get to take in a spectacular 360 Instagrammable view of the Los Angeles basin, the San Fernando Valley and all the surrounding gorgeous mountains. You may even catch a view of the sparkling Pacific Ocean.

And of course, one of the most popular views of all is the iconic Hollywood Sign. You’ll have plenty of photo ops of the sign along the way, as well as all the Tinsel Town views you desire. And, on the way down from your hike, you’ll have a chance to see those other “stars” at the Griffith Park Observatory. While you’re there, catch a show at the Samuel Oschin Planetarium. This top notch 290 seat theater has a stunning Zeiss star projector, digital projection system, state-of-the-art aluminum dome, cushy seats and a powerful sound system that takes you on a fantastic cosmic adventure.

As for the Hollywood stars at the Griffith Park Observatory, just imagine Emma Stone and Ryan Gosling doing their “6 Minute Sunset Dance” in “La La Land” or James Dean in the knife fight in “Rebel Without a Cause.” And, maybe you’ll even be able to hear a few notes in the distance coming from a top musical performer, like Harry Styles, Tom Jones and Alicia Keys, at the famed Greek Theatre— a spectacular 5,700 seat outdoor concert venue situated in the heart of Griffith Park.

After an exhilarating hike, you’ve probably worked up a hefty appetite—No problem! The Trails Cafe sits right in the middle of the park offering delicious sandwiches, pies (the peach pie is out of this world) and other delectable treats. And you’ll be dining amongst the trees at one of the many picnic tables and benches.

And just maybe in the midst of your Los Angeles outdoor adventure, you might get a glimpse of Griffith Park’s very own celebrity mountain lion; P-22 (he’s graced the cover of National Geographic). But if you don’t see him this time, don’t worry, you might see a Bobcat, Gray Fox, Coyote…or maybe you’ll just meet a fellow cool Griffith Park hiker.

If all else fails, you can always come back for another great Los Angeles outdoor adventure at Griffith Park.

Check out BikesandHikesLA.com for Griffith Park hiking tours (both group and private available).